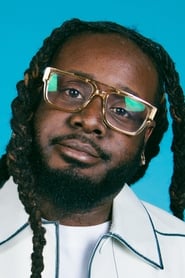 Faheem Rasheed Najm, better known by his stage name T-Pain, is an American rapper, singer, songwriter and record producer. His debut album, Rappa Ternt Sanga, was released in 2005. In 2007, T-Pain released his second album Epiphany, which reached number one on the US Billboard 200 chart.